WBT DEVELOPMENT
Exciting news for CERTQUA
Bonn, January 2022 – CERTQUA GmbH is one of the leading certification organisations in Germany for the specialised areas of labour market, education and services and is accredited as an expert body on the basis of the AZAV legal ordinance.
2021 DEKRA Media produced a modular web-based training (WBT) for CERTQUA on the topic of “Approval of measures on the basis of the AZAV legal ordinance” with a total learning time of around four hours. Divided into eight chapters, the WBT, which is completely set to music, convinces with a varied mix of presentations, different types of explanatory films, interactive exercises, knowledge tests as well as expert interviews and video shorts. An extensive glossary, also set to music, ensures that no questions are left unanswered. 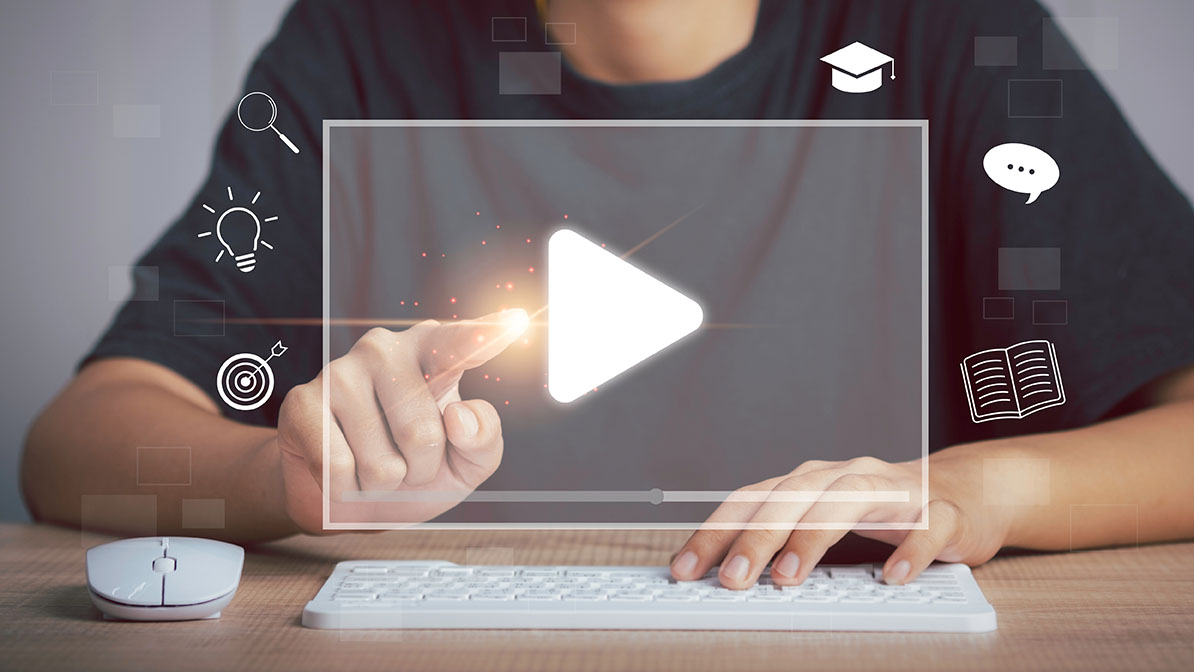 CERTQUA has been offering face-to-face seminars for years, among other things for AZAV approval of qualification measures according to AZAV. Now the content was to be provided as E-learning for the first time. In addition to technical accuracy, one aspect in particular was decisive for CERTQUA: “AZAV is the basis for the approval of measures, so it is a very important topic for our customers. But let’s not fool ourselves: As a legal ordinance, the nature of it makes it a dry set of rules with little potential for enthusiasm.

Therefore, the assignment I gave to DEKRA Media was: Create the WBT the way you think it should be, but try to make it as interesting and varied as possible by using a clever mix of methods”, says Andreas Orru, Managing Director of CERTQUA, describing the starting point.

Meeting this demand initially required some conceptual work. “With which forms of media implementation can we make the WBT interesting despite the rather dry subject matter, without losing sight of the schedule and the budget? What should the immanent capital structure ideally look like? And what diction is appropriate for this target group? – We had to answer these and many other questions as a team before we could start production,” says Dr. Sebastian Hösel, Deputy COO at DEKRA Media, describing the key conceptual tasks at the start of the project.

The final concept was to divide the supplied content into seven chapters of roughly equal length. Each chapter should consist of an exciting combination of persuasive presentations, different styles of explanatory films including software explanatory films, interactive exercises and knowledge tests. In addition, several film productions made it into the concept: each chapter was to open with a film scene that provided a humorous teaser to the chapter contents to whet the appetite for more. “Writing scripts and coordinating them with the client; coordinating actors and actresses; setting up cameras, lighting and sound; compiling cut lists - a wonderful example of how project management, editing and the media department at DEKRA Media worked together successfully”, says Wolfgang Reichelt, Managing Director DEKRA Media, summarising the teamwork at DEKRA Media.

In addition, DEKRA Media recorded statements by an expert from CERTQUA in several sessions in the in-house film studio. As a result, participants now receive valuable tips directly from practice in each chapter.

DEKRA Media also programmed interactions specifically geared to this project. In addition to the well-known memory game in each chapter, a specific exercise was created as the eighth chapter, which provides a role reversal. At the end of the WBT, the participants themselves become employees in an expert position. Their task: Check the applications and identify any errors!

With a production of this size and with so many different trades, it is essential that the customer and service provider work closely together. For this reason, a weekly jour fixe was set up, during which questions on content could be asked as well as interim results could be presented. In addition, CERTQUA was given access to DEKRA Media's agile project management system. “Transparency and regular agreements are key factors for a successful project. Nothing would be worse than a service provider unknowingly running consistently in the wrong direction during production and not realising it until the product is delivered”, says Hösel explaining the reasons for the complex arrangements.

It was not least due to this close cooperation that the project was completed on time and exactly according to the customer’s wishes. "I didn’t order anything boring and I received something varied and exciting. That's the way it should be! The custom-fit concept, the quality of the media and the trusting cooperation have convinced me in full. I am already looking forward to further projects with DEKRA Media,” Orru says in summary of the first cooperation between CERTQUA and DEKRA Media.

Have we piqued your interest?

Then get in touch! We are here to help!